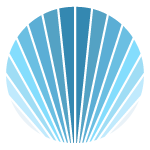 Specialists in the treatment of Psoriasis

Psoriasis is a very common chronic inflammatory skin disease. It affects up to 5% of the population and usually appears between the ages of 15 and 30. Psoriasis appears as red or pink spots or plaques covered with whitish scales that affect your elbows and knees in the most localized forms, but in more severe cases can affect a large part of the skin.
It can also affect nails and joints. Sometimes you will have outbreaks, and it usually improves in the summer months.

Fundamentally, localized forms are treated with creams. However, the most serious and widespread cases will require phototherapy or systemic treatments. It is also worth noting the factors that have currently been shown to favor or worsen psoriasis, such as tobacco, alcohol, obesity and infections.

Psoriasis is a disease that has created great interest among researchers and has caused the appearance of biological drugs that try to provide more effective and lasting solutions with lower side effects, in order to improve a patient’s quality of life.